Ok so going on from the inception thread!

Let's try and watch 1 film once a week, the date will start today and you have till next saturday to watch it, should be ok ye?

#You must watch the film before giving your opinion on it
#If you have seen it already, you must rewatch it to refresh yourself
#Only post your review and discuss it once you see it
#If you post about the film before next saturday use the spoiler tag
#Only post in this thread if you are taking part, we will remove every other post.
#Link to the movie on imdb
Post Reply
6 posts • Page 1 of 1

I watched it last night and overall thought it was alright, not sure why it gets alot of stick for being a bit meh.

He eats that black liquid to create life on earth and basically u see his dna in water/life etc begins after he has been broken down and consumed by weather/water etc, after all they are called engineers in the film, later on.
What isn't explained is why they have to do that and break down their own dna - so that's kinda sketchy as in why kill yourself?.
In the middle of the film they show lot of this black liquid stored in the vase-type containers, is this the same liquid the guy drunk at the beginning? or is it contained life? a cell of somesort which manifests into things it touches? i am not sure.. anyone?

i think the film run out of ideas here, i think they realised they can't explain alot of the story so decided to use this sci-fi feature to tell a bit of the story
there is also no explination of what that andriod said to the engineer when he got woke up.. something that pissed him off i think, bt not explained.........

So there are imo some key things there.

Overall the film was OK, towards the end i was suprised it finished
little dissapointed, i expected them to go off and do more stuff and what came out of the engineer
aka an early protype of the alien franchise
to be following them, as this would now have the engineer's dna and be quite intellegent as we know the
aliens
are.

prometheus 2 i suppose is next.. so many unanswered questions.. 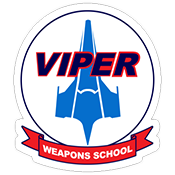 The extras in the blu-ray supposedly flesh out the "eh?" bits quite abit I've heard.

Also I was super dissapointed that what they landed on wasn't LV 426 that would have been to good I suppose.

I'm spitballing here but hey maybe the ship they took off in is the ship found on LV 426.

I liked it. I didn't expect much, despite knowing it was Ridley back in the Alien universe, because I know high expectations (for anything, not just films) tend to lead to disappointment.

I can't remember it well enough to give my interpretation of the points in the OP though...

Like the movie for the Sci-Fi aspects of it, but the story itself was complete and utter shit. So many stupid plot lines and "why?" moments.
For a team of top notch scientists, they sure are stupid.

That daz is why you don't buy from shops.