Ok so going on from the inception thread!

Let's try and watch 1 film once a week, the date will start today and you have till next saturday to watch it, should be ok ye?

#You must watch the film before giving your opinion on it
#If you have seen it already, you must rewatch it to refresh yourself
#Only post your review and discuss it once you see it
#If you post about the film before next saturday use the spoiler tag
#Only post in this thread if you are taking part, we will remove every other post.
#Link to the movie on imdb
Post Reply
5 posts • Page 1 of 1 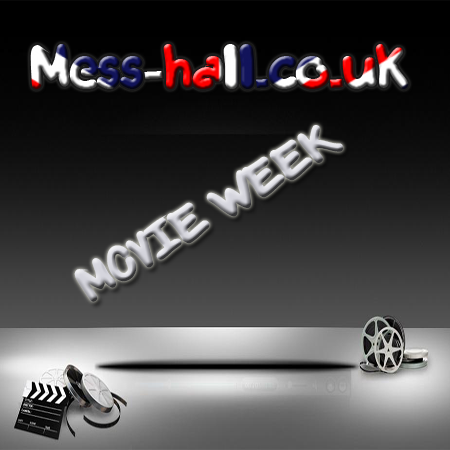 http://www.imdb.com/title/tt1637688/
n a future where people stop aging at 25, but are engineered to live only one more year, having the means to buy your way out of the situation is a shot at immortal youth. Here, Will Salas finds himself accused of murder and on the run with a hostage - a connection that becomes an important part of the way against the system.
Watch the film, and decide what you think of it, next saturday someone else has a go at posting a film to watch!

This is a Very interesting concept, and a turn away from your cliché
film, unique i suppose you could say.

I did enjoy this film, It kept me on the edge of my seat.
It was a little sceptical at times i thought, but thats my own opinion.

Am not a Fan of Justin Timberlake, but i still found myself enjoying the film as it goes through.

A good move on films from Inception to this, both Unique films and i feel alot of films are trying to follow them footsteps.
Alot are failing bad too.
Not this title tho

This one pulled it off.

Dont want to say too much about it, as there are people who may of not seen this yet.

I do think the ending could of been better, I was expecting him or both of them to run out of time after neglecting themself to help others.
And then cut it short with them robbing all the Banks and them getting a bounty of 100 years or something on there head,

I dont know how i could change the ending to this film, but i did feel a little disappointed of it.
Thought they could of made it a bit better.

but a good film all in all

I did watch it just late to reply, i thought the film was pretty good actually too.

Basically you could say the film is about immortality if they can get the "time" added to their lives.

I think i'd class it as a sci-fi thriller film, i mean the story was pretty well done even though i am not big fan of justin timberlake either.
I liked the ideas of the "timekeepers" which controlled how life begins and ends and the subtle hint at a famous duo* from real life who did the same with money instead of time.

at the end like you say dave, it wasn't great but i think its a bit like a bonnie n clyde* idea that they just go off into the sunset with the film leaving you to decide if they got caught with that bounty
Acting was ok
Story was good i thought.
i'd rate it 7/10

you pick a film next then dave!!

I really enjoyed "In Time", it says a lot about the class system in society today, the have's and have not's. 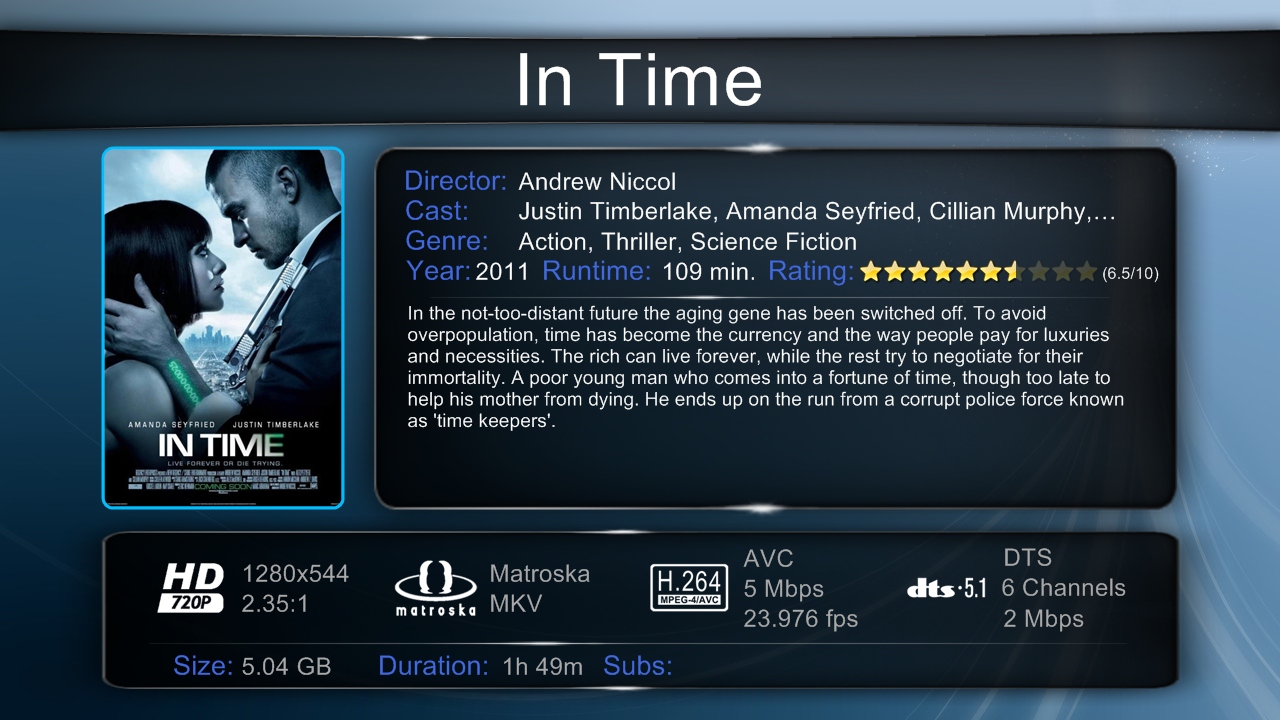 In this future everyone is genetically modified, and you have a clock built into your arm, a clock that counts down at the age of 25.
It's chilling to think that this could be a future for mankind, all the problems of oil, food, transportation, all the problems we have today... gone. But there's still the class problem. Those with wealth still control those without. But this time it's not about money, it's about how much time you have to live.

At the age of 25 everyone's "clock" begins to count down, you stay eternally youthful at 25, but you only have one year left to live.
Out of that one year, you have to pay rent, buy food, and live.
But the system is built to reduce that time as much as possible, to reduce that time from the people who dont have much to begin with.

You work for extra time, goal posts are moved, prices increased and everything is tightly policed and controlled from the top, by the Über
rich.

Then along come two people who see things very differently, they see the ties that band and want to break them for everybody.

If you ignore all the implications and similarities you probably will still enjoy this film on face value, but once you see a little deeper into it, you'll no doubt get even more from it.

Bought this the other day, and watched it last night...

Really liked it. The concept of time as currency is genius. And implemented really well in the story.

I thought the futuristic setting could have looked at bit less like the 50's with extra neon, and I'm not sure streetwalking hookers charging an hour for 10 minutes really works out if you do the maths, but all in all great film.