Raspberry Pi has a lot to answer for, from being my real first venture into Linux, and all the little and big stuff the Pi can do, to me installing Linux on 2 of my 3 PC's.

I did try Linux in the mid 90's, under advisement of a friend who to be honest... is probably the most advanced computer admin that I've ever met, and I've met a few, to really really not liking it, to installing Pop! OS a few weeks ago and loving it.

Like Windows, it's not without its flaws, and just getting openVPN up and running was a nightmare. But I've done now... next, speeeeeeed up the mouse wheel scrolling. Hint: about:config

So I managed to install openVPN and it worked, but it was commandline. A ballache just to browse a few torrent sites. Then I found this...
https://support.system76.com/articles/use-openvpn/

Holy Shit. The biggest problem I've had with Pop! OS... it hides the taskbar (or what ever it's called). Now you can unhide it/move it
https://extensions.gnome.org/extension/ ... h-to-dock/

It's nice to know you can create symbolic folder links, from a network drive that isn't mounted at boot!
/run/user/1000/gvfs/smb-share:server=old-desktop,share=movies-4tb/Torrents

If you are sick and tired of entering your password every time you sudo, than try this:
https://askubuntu.com/questions/852527/ ... -something

BE WARNED, it's very dangerous. If someone has access to your machine either directly or via SSH, they have the ability to run amuck.

Raspberry Pi 4 and Open Media Vault.
Over the last week I've had a couple of little projects on the go, one is to use a Raspberry Pi 4 as a second cloud server with UPS, the other is taking a second Pi 4 and all my spare 2.5 inch drives and making a RAID with them. Sadly OMV won't allow USB drives to be used in a RAID.

You can still use them as shares across the network, to and from Linux or to Windows from Linux.

Incredibly the two 500GB mechanicals transferred the same data at a pretty decent rate (80MB per second), while the PS4 Pro 1TB mechanical could barely manage 25MB per second! So if you're wondering why it takes so damn long to load a game on the PS4... now you know. The SSD's managed 100MB per second individually as you'd expect. Collectively they managed 25MB per second, with roughly 25MB wasted in overhead. 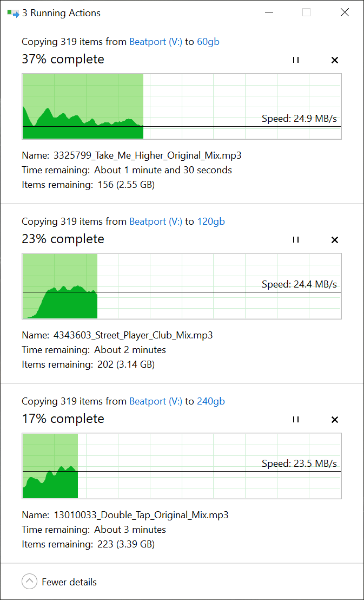 So why do this? To learn of course, to try a new OS or to try new software and software RAID. Plus I had 6 drives sat on my desk doing nothing but collecting dust.

Also for monitoring the Pi or any PC, take a look at netdata, I love it!
https://www.netdata.cloud/ I've once again made the move to Linux with Pop! OS. Just the fact that it has native Nvidia drivers is what decided this OS for me.
They maybe custom drivers, but they're up to date and work really well.

That and Steam Proton has SERIOUSLY improved lately, it might have something to do with the upcoming steam portable console. Steam Deck.
https://store.steampowered.com/steamdeck